Across the world, there is a long tradition of huge New Year’s salute. New Year’s fireworks in some countries are just a part of the New Year’s holiday, and in many countries, fireworks are the holiday itself, the most anticipated event of the year. Here is a list of six cities from all over the world, where you are able to see the brightest and the most expensive fireworks at the New Year Eve. 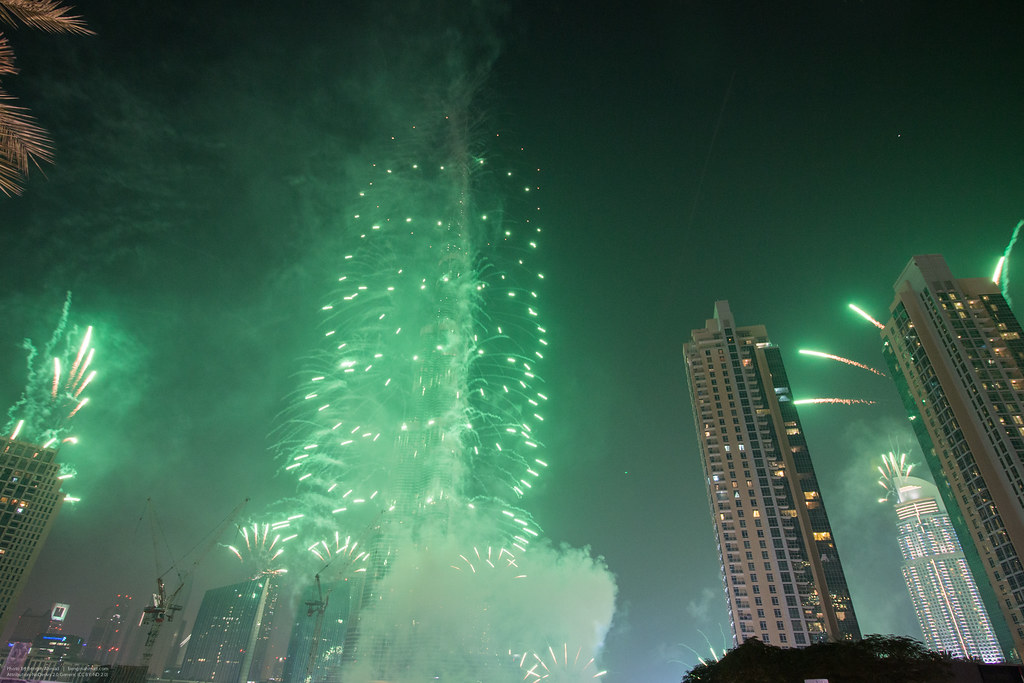 The city, which for most of us seems to be an ideal example of a metropolis, impresses our imagination from year to year. Here they love scale and solidity, coupled with luxury, a vivid example of which is the New Year’s fireworks, which celebrate the beginning of the year. In 2013, this city managed to create a real color and light empire, which you want to look endlessly. The New Year’s fireworks in Dubai set up the record for the strength of the impression, according to eyewitnesses. It was an unrepeatable firework: the tallest building in the world (the Burj Khalifa tower), was used as a base for setting off. Thus, in the New Year, it completely bloomed with lights. Because of the fact that the height of the tower is more than 800 meters, the spectacle was seen very far away.

This salute in Dubai greatly surpassed the famous 2012 Golden Fireworks in Kuwait with a bit less than 80 thousand volleys. There were 450 thousand fireworks set off in Dubai and it was almost a new record. The show began a little late, not at 00:00, but twenty minutes later. The length of the positions, from which the fireworks were fired, was almost 100 kilometers along the coastline and the famous island Palm Jumeirah. Moreover, the number of sites for the fireworks was more than 400. For six minutes, you could watch the countdown first, then different effects, and at the end – a huge flag of the Emirates, drawn in the sky by fire.

Annual New Year’s salutes in Sydney are famous as well: crowds of people gather over the Sydney’s Gulf to watch the light-music show, which lasts for 10-12 minutes. 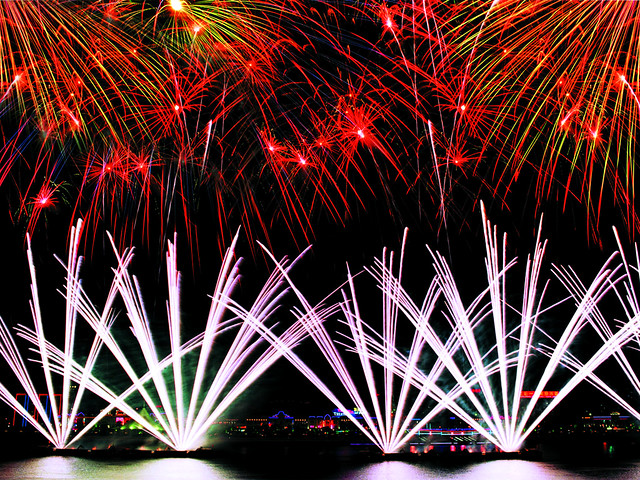 The concept and the idea of the salute change annually, and they are kept in the strictest secrecy. Australians are having completely different kind of New Year’s holidays as the hot summer is in full swing there. Santa Clauses swim in the sea, and many people sunbathe on the beach. However, the lack of snow does not affect the festive mood and the New Year’s fireworks in Sydney at the beginning of 2018 only confirmed this: the city was shining!

New Year here, as well as in other European countries, is celebrated on a smaller scale than Christmas, but it is expected greatly, often because of the holiday salute. The French have always been distinguished by impeccable taste – nothing superfluous, no pathos, only the very Parisian chic that is the peculiar feature of the city on the Seine. You will see several brilliant splashes of fireworks near the Eiffel Tower, a sprinkle of sparks and a feeling of infinite happiness from the most beautiful city in the world.

If you are celebrating New Year in New York, go to Prospect Park, where there will be the best view of the salute, which will be at the Park Slope. Travelling down the USA and watching the holiday fireworks is more convenient, when you give preference to CVG Alamo car rental. Talking about the fireworks at the USA, if we are considering the size and power of each individual firework, we can mention the Fire Sun firework, which was shown in Idaho Falls in 1992. It was a fireball with a diameter of 15.5 meters, which looked like the Sun. It burned for several minutes without any break! 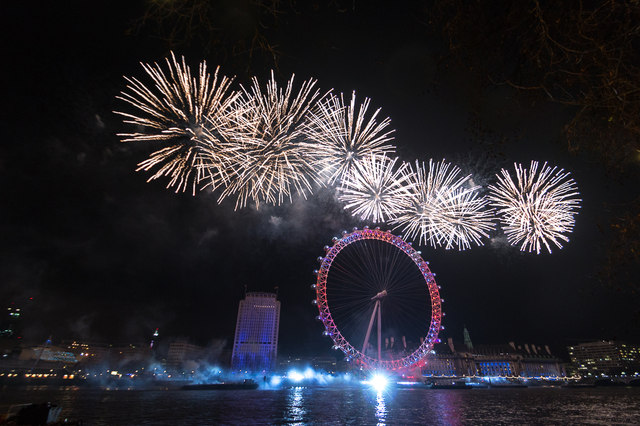 Despite the fact that Christmas in England is much more popular than the New Year, the second holiday is also one of the most favorite there. The beginning of the current year in the Great Kingdom is marked by a grand firework. Thousands of multicolored sparks, fiery flashes that make anyone hold their breath are seen in London. The rockets by the famous British pyrotechnic Terry MacDonald were even put at the Book of Records. Terry simultaneously made a volley of 39210 fireworks. 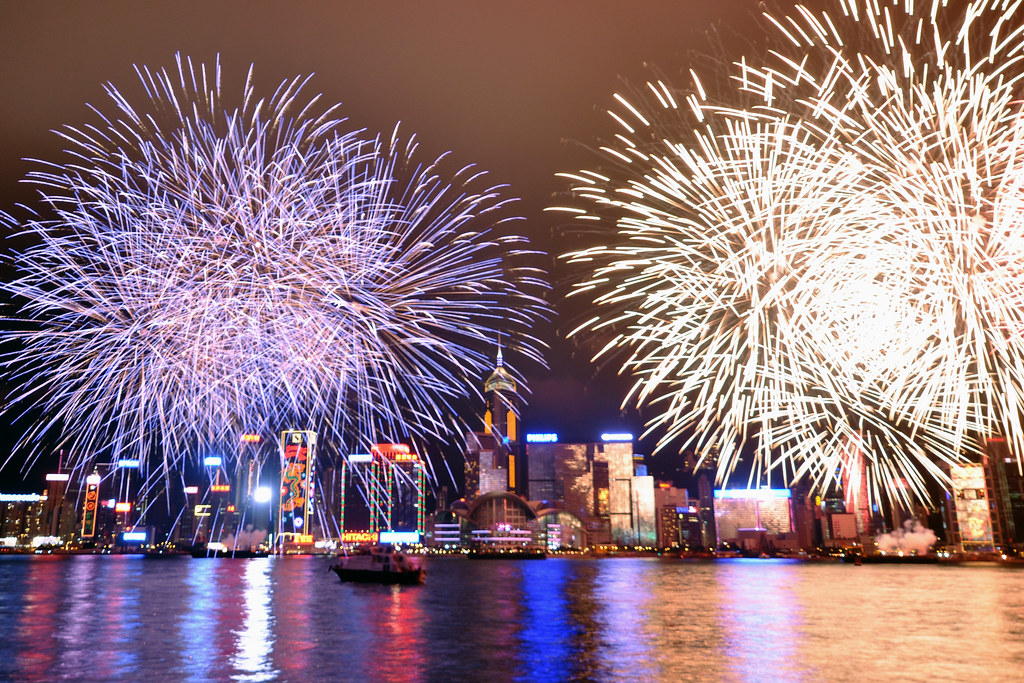 In Hong Kong, you can see the festival of light! Millions, billions of blue, pink, white lights soar into the sky and immediately disappear! It seems that the entire metropolis is flooded with light – from the center to the most remote areas, as if all the stars went lower for a few minutes to celebrate the New Year with the residents of the most developed Chinese district.

Fireworks appear, flourish, playing with all colors of rainbow, and then slowly disappear into the haze. It is hard to say, which salute is the most beautiful, because the perception of beauty is largely dependent on the beholder, on what he or she feels for this holiday. The most beautiful firework could be the one that totally reflects the inner mood of the celebration.